Why is the “Black Box” Important in Truck Accidents?

In 2019 alone, fatal crashes involving large trucks numbered over 5,000, accounting for nearly 10% of all fatal crashes that year.

Large Trucks on the Road Are a Recipe For Disaster

Careless or reckless driving by truckers can and does lead to preventable deaths that are true tragedies. 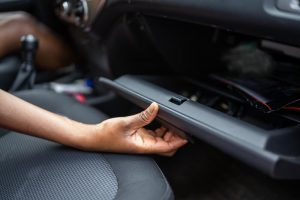 After these terrible accidents occur every year, everyone looks for answers.

For the last few decades, to some extent, they have found them in what is commonly known as a “black box” that is installed in large trucks to record data, triggered by the rapid deceleration that occurs immediately before a collision.

But why is the “black box” important in truck accidents?

To understand that, you have to first know the history of the “black box”.

Continue reading to find out.

A large truck’s “black box” is a colloquial term for “electronic control module (ECM),” a sophisticated piece of equipment installed in both passenger vehicles and commercial semi-trucks since the early 1990s.

Before then, ECMs, or electronic logging devices (ELDs) as they are sometimes called, large trucks sometimes carried such devices, but it was not required.

The ECM contains the heavy vehicle event data recorder (EDRs) as part of it.

EDRs are the real source of crash information as it gets used today because it can record crucial pieces of data that speak to the nature of a crash and who was at fault from a legal standpoint.

EDRs and ECMs were developed so that the people who work on trucks and manage significant numbers of commercial trucks could troubleshoot more efficiently and aid truck manufacturers in handling questionable warranty claims.

Over the last three or four decades, using EDR data for criminal and civil law cases has increased as the data has been increasingly accepted by judges and the legal system as a trustworthy piece of evidence to prove guilt or innocence in at-fault truck crashes.

Where is the EDR located?

The EDR is built into the airbag module or powertrain control module In a passenger vehicle, small truck, or sports utility vehicle. 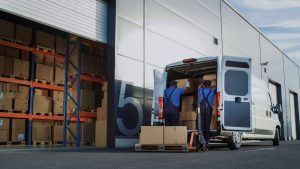 In larger trucks, the EDR is found within the electronic control modules, usually mounted to the side of the engine and on the chassis.

Tip: After an accident, it’s important to send or have your lawyer send an official letter to the trucker in question’s company officially asking them not to eliminate evidence, including parts of the ECM. This will help you down the road if you face litigation with the driver or company.

What Kind of Data does the EDR Record?

On Mack trucks built in the final quarter of 1998 and after, the EDR/ECM black box records the following data:

The EDR/ECM black box kicks in when the truck decelerates at a rate of 10 miles-per-hour-per-second, usually about five to ten seconds before a crash occurs.

The black box also records the number of hours a truck driver logs over periods of time.

Why is the “Black Box” So Important in Truck Accidents?

Indeed, the data recorded and stored in the EDR/ECM black box is designed to prevent accidents and smooth the relationship between a large truck driver and the commercial company he works for.

In the event of a crash, sometimes black box data can be a powerful tool in the courtroom.

Lawyers use the black box data to prosecute or exonerate drivers and the trucking companies that employ them.

If you were involved in a crash with a large truck on the roadway and need legal aid, contact the truck accident lawyers of Hankey Marks & Crider at (317) 634-8565 today.

We speak English and Spanish and can help you with your claim, regardless of which side of large truck accident litigation you find yourself on or who you are.

Get in touch today.