Dogs and other animals might make great pets for some and be fascinating for others, but they can also be dangerous. Animal and dog attacks, unfortunately, are common occurrences. Owners of animals have a responsibility to secure their animals so that they don’t pose a risk to others. When animal owners neglect their duty to properly and safely house their animals, the latter can cause serious harm to innocent people who may be within their reach.

If you’ve been seriously injured and sustained broken bones after being attacked by a dog or other animal, you may be able to obtain compensation for your injuries. Animal attack injuries can require extensive medical treatment and a long road of recovery; both of which are costly. Along with the financial costs, being injured in an animal attack is terrifying and traumatizing. You can endure debilitating emotional distress long after the attack occurred, and it could take months and years for you to move beyond the trauma of what you experienced.

The Indianapolis dog and animal attack lawyers of Hankey Marks & Crider can help you pursue the compensation you may be owed. We have experience representing clients who have been injured due to the negligence of others. To schedule a consultation to discuss your legal options, call us right away at (317) 634-8565 or contact us online. 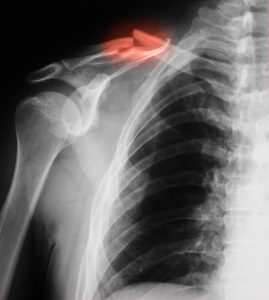 Animal attacks can cause serious injuries, such as broken bones. When an animal lunges at you unprovoked, the force with which they come into contact with you can cause you to suffer broken ribs. Their piercing bites can shatter your limbs or the bones in your face.  Even when you fall to the ground after being attacked by an animal, you can break bones throughout your body.

When you suffer broken bones, you need immediate medical attention. A medical professional may have to set the broken bone and you may even require surgery to repair it. Usually, you’ll need to wear some type of cast or splint for weeks to allow the bone to heal. Broken ribs typically heal on their own with rest and significantly decreased physical activity. Even after the bone heals, you may need to attend months of rehabilitation and physical therapy to help with your mobility and use of the muscles surrounding the affected bone.

An aspect of being injured in a dog or other animal attack that is often overlooked is the effect of the attack on you mentally. Your broken bones and other physical injuries may be able to be mended. But you may need long-term psychological therapy and psychiatric care to heal your mental and emotional injuries after experiencing such a traumatic event. 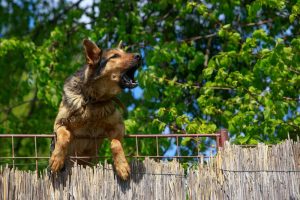 If you’ve been injured by a dog or animal, the owner of the dog or animal could be liable. If they’re liable, they may have to compensate you for your injuries. There are a few important things to note, however, because your ability to obtain compensation for damages caused by an animal attack may be affected by some factors.

First, some animals can be innately aggressive. They’re animals, after all. So you can’t intentionally provoke someone’s dog or animal. If the animal attacks you in response to your provocation, you likely won’t be able to hold the animal’s owner responsible for the attack. In order for you to have a valid injury claim, the attack has to have been unprovoked.

Second, in the state of Indiana, there’s a law known as the “one bite” rule. This means that if the animal, including a dog, that attacked you has no history of being aggressive and attacking another person, the animal’s owner may not be liable for compensating you. The same is true if the animal’s owner acquired the animal after it had previously had an aggressive act, but the new owner was unaware of it happening.

How Will I Be Compensated?

Often in dog bites and animal attacks cases, the dog or animal owner has property, home, or renter’s insurance. You may be able to file an injury claim with the owner’s insurance. The insurance company will investigate the attack and may offer you a settlement for your injuries. This settlement offer might be worth less than the amount you could be entitled to so that all your losses are covered, or the insurance company may try to claim that you’re not entitled to any compensation for your losses. If you can’t obtain the compensation you’re satisfied with from the insurance company, you may choose to file a lawsuit against the animal’s owner directly.

In Indiana, you have two years from the date of the attack to file a lawsuit for compensation. When you file a lawsuit, a court will determine whether you’re entitled to compensation, and if you are, how much compensation the at-fault party will have to pay you.

Losses You May Be Compensated For

You can easily incur thousands of dollars just in necessary medical treatment for your broken bones and other animal-attack injuries. Aside from the expense of medical treatment, if you had to take time off from work, your loss in income or wages can pile up quickly. Additionally, depending on the type of job you held before the attack and the extent of your injuries, your ability to earn the same income or wages in the future could be impacted. You may be able to recover compensation for all of these financial losses. You can also recover compensation for your mental and emotional losses, such as your pain and suffering and mental anguish as a result of the attack.

Call Hankey Marks & Crider at (317) 634-8565 today if you’ve suffered broken bones after being attacked by a dog or other animal. Our Indianapolis dog bite and animal attack lawyers have years of experience fighting to obtain compensation for injured parties. Contact us to schedule a consultation with one of our experienced injury lawyers.