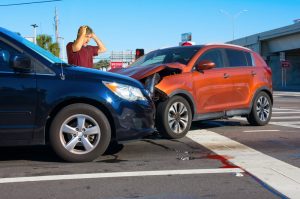 Consider one of the most frightening things that a driver can see on the road A motorist heading the wrong way down the road and coming directly towards them. In mere seconds the driver must react by either hitting the breaks or recklessly swerving to avoid a collision. Unfortunately, sometimes seconds aren’t enough.

When another driver travels in the opposite direction of traffic and causes a collision, these crashes are referred to as wrong-way crashes or head-on collisions. These types of accidents are extremely serious. Although they don’t occur often, they can frequently be fatal. Statistics from AAA estimate there were 2,008 deaths from wrong-way collisions between 2015 and 2018. That averages out to almost 500 fatalities per year.

At Hankey Marks & Crider, we are passionate about representing victims of wrong-way crashes and recovering the valuable compensation these victims deserve. A driver traveling on the wrong side of the road can cause immense damage and leave a victim struggling physically and financially.

If you’ve been hurt by a wrong-way driver, an Indianapolis car accident attorney from Hankey Marks & Crider can help you with your case.

Our skilled team can manage every aspect of the legal process and seek maximum compensation for your injuries. Contact us for a free and confidential consultation. Call our office today at (317) 634-8565.

Common Causes of Wrong Side of the Road Accidents 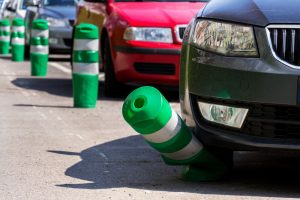 Whether a driver ignores a “wrong way” sign or veers into oncoming traffic by accident, the result is almost always the same, a catastrophic head-on collision. Wrong-way crashes tend to cause some of the most traumatic and significant injuries. These injuries can impact a victim for the rest of their life and may include:

The initial medical bills related to these types of injuries can be enormous. What may be even more daunting is the cost of continued treatment and rehabilitation. Victims involved in head-on crashes should consider turning to an experienced attorney for help during this difficult time. An attorney can handle the logistics of filing a claim and negotiate for full and fair compensation.

What Compensation Is Available for Wrong Side of the Road Crashes?

Indiana allows victims to recover compensation from at-fault parties through the modified comparative negligence regulation. This system states that a victim can recover compensation from an at-fault individual. However, their compensation will be reduced by the percentage of fault they bear for causing the accident. If a victim is 10 percent to blame for an accident, this means they can recover the total amount of damages minus 10 percent. This rule allows anyone to attempt to recover compensation as long as they are not more than 50 percent responsible for the circumstances of the crash. This rule binds court decisions. However, it also guides how insurers will value a claim.

Calculating the total amount that a victim may be due after a wrong-way collision can be challenging. Generally, the severity of the victim’s injuries and the cause of the accident will both play a major role in determining a claim’s value. Generally, victims may be able to seek money for the following after an Indianapolis wrong-way crash:

A speedy assessment from an insurance company may not be taking all a victim’s future losses and complications into account. For a fair estimate of the value of your claim, turn to an experienced Indianapolis car accident attorney first.

Collisions involving drivers traveling the wrong way can be devastating. In the days and weeks to come, you may need help both physically and financially. You don’t need to depend on the at-fault driver’s insurer for that help. Turn to the skilled Indianapolis legal team at Hankey Marks & Crider.

Our team is ready to give you the support and assistance you need during this challenging time. We want you to have the best chance possible at recovering the maximum amount of compensation that you deserve. For a free consultation and to talk about your case, contact our Indianapolis law office today at (317) 634-8565.